The Only Available Comprehensive Report on Castor Oil & its Derivatives

Why a report on castor oil?

Castor oil is one of the most versatile plant oils. Its unique chemical structure makes it useful in a wide number of industries and applications. Castor oil is fast becoming one of the most sought after plant oils, owing to its rich properties and variety of end-uses. Currently, it is being used by industries from pharmaceuticals to lubricants. With biopolymer and bio-fuels industries picking up a lot of steam in the last couple of years, the potential for castor oil to play a much larger role in the world economy had increased dramatically. While the castor oil industry is over five decades old, there has been considerable interest shown in this industry in the last few years. Leading countries from practically every continent (North & South America, Europe, Asia, Africa and Oceania) are showing renewed interest in the castor crop.

While the importance of castor oil has thus increased recently, there is no comprehensive report that addresses all important aspects of castor oil. CastorOil.in, the premier online resource for all things about castor, has hence brought out this report to assist all the professionals in the industry. 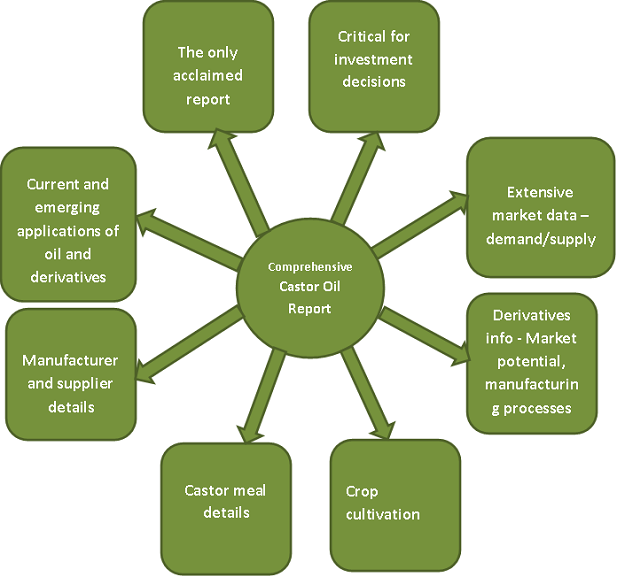